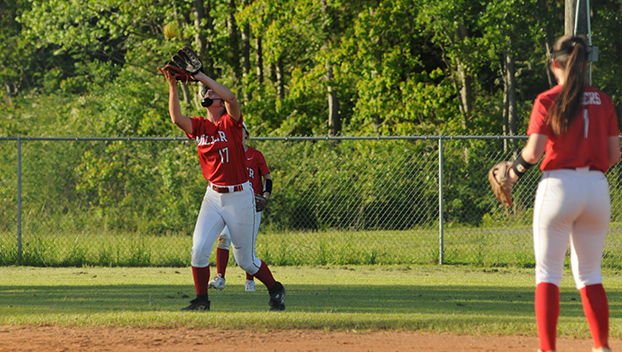 T.R. Miller defeated Flomaton 4-0 today in an if necessary game to claim the Class 3A, Area 2 crown.

The Lady Canes beat the Lady Tigers 9-2 in game four of the tournament, forcing the second championship game.

IN other action, TRM defeated FHS 15-3, and FHS beat Hillcrest-Evergreen 18-0.

TRM beat Hillcrest 15-0 to open the area tournament on Thursday.

Both teams advance to the South Regional Softball Tournament next week in Gulf Shores.

In baseball action, the Tigers split with Providence Christian in the Class 3A state quarterfinals.

TRM defeated the Dothan school 5-3 in the first game, but fell 10-6 in the night cap.

Broox Hart went 2-for-4 with a run and an RBI; Logan Rowell went 2-for-3 with two runs and an RBI; Miller Hart, Blake Jernigan, Jackson Flores and Bracken Pettis had one hit each for the Tigers. Hart, Jernigan, Wynn Brittain and Rowell had one RBI each in the night cap loss.

PCA scored six runs in the top of the fifth inning to take a lead it wouldn’t give up.

In the series opener, Kyle Blevins went 2-for-2 with a run and two RBIs; and Jernigan, Brittain, Ed Dolihite, Pettis and Rowell had one hit each.