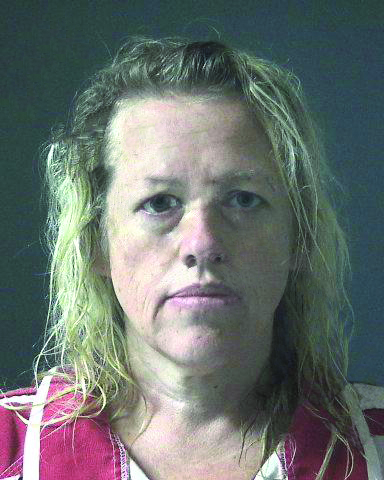 An East Brewton woman remains in the Escambia County Detention Center on a $1,000,000 bond after her arrest on Wednesday, Nov. 25.

“This arrest came as a result of an intense two-week investigation,” Brazil said. “We were able to obtain a search warrant for the residence at 504 Dailey Street and executed it on Wednesday.”

During the execution of the warrant, Brazil said a large amount of methamphetamines/ice was found at the home.

“There was a very large amount of meth found inside the residence,” Brazil said.  “Because of the amount of drugs found there, the suspect has been charged with drug trafficking.”

The charge against Walsh for receiving stolen property is related to other discoveries made inside the residence by the East Brewton Police, Brazil said.

Brazil asked that anyone who has had items of power equipment stolen from their property to contact their local law enforcement agency to report the theft.

“Even if they have reported items missing, they may want to contact the investigator in their case to have them get with us,” Brazil said. “We are going to be working with other agencies to try and make a match with property we found and those who have had a theft crime committed on their property.”

Brazil said the investigation into the stolen property found at the Dailey Street residence is continuing.

The Escambia County Sheriff’s Department assisted with manpower and equipment used in recovering the items believed to  stolen property from the residence, Brazile said.

Anyone with information concerning this case or cases believed to be connected is asked to contact the East Brewton Police Department at 867-4864 or other local law enforcement agencies.

Vaccines for elderly to begin January 18

Neal schools on lockdown in response to threat

Jury term cancelled due to increase of COVID risks

Beware: Offers of COVID testing, vaccine at home may be scam

Home for the holidays: Byrd spends first Christmas at home

Harrell had impact on health across county