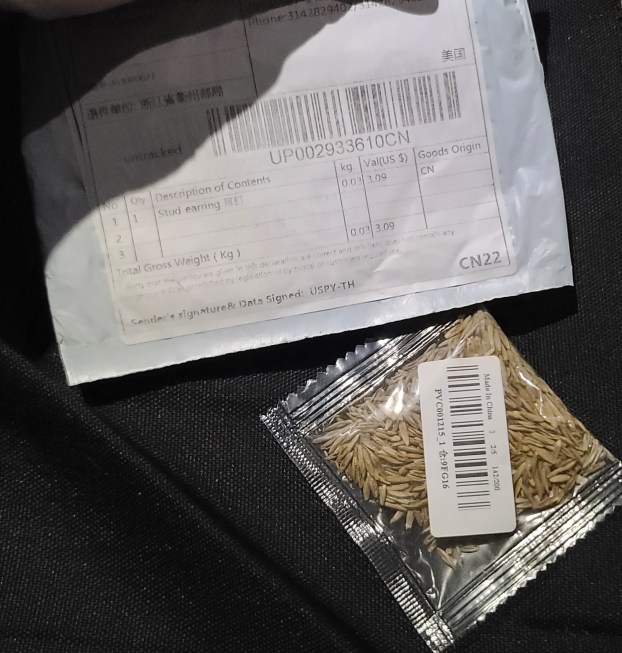 A resident of Brewton recently received an unsolicited package from China containing seeds.
The individual reported that the postal worker was advised to deliver the package inside the house. Once inspecting the item, the individual immediately reported the incident.
According to the Alabama Department of Agriculture, the resident of Brewton is one of many across the state receiving the packages. The ADAI says that most packages are often mislabeled as “jewelry,” and have been reported in Arizona, Delaware, Kansas, Kentucky, Louisiana, Ohio, Tennessee, Utah, Virginia, and Washington State as well.
The Brewton individual wanted the community to know that Brewton is not exempt from the list.
The person encouraged everyone to follow safety precautions if and when a package arrives.
To assist Brewton resident and others alike, the ADAI established an on-line reporting system for Alabama residents who received suspicious seeds they did not order.
To report an incident, visit www.agi.alabama.gov/reportseeds and provide the requested information. At the end of the on-line form, consumers will be given directions on how to store the seeds properly until contacted by ADAI.
Currently there is no evidence indicating this is something other than a “brushing scam” where people receive unsolicited items from a seller who then posts false customer reviews to boost sales.
ADAI is currently collecting seed packages from recipients and testing their contents for unknown compounds, noxious weed seed, and invasive species. This testing will determine if they contain anything that could negatively impact U.S. agriculture or the environment.
All individuals are advised to hold onto the seeds and packaging, including the mailing label, until the ADAI contacts with further instruction. Above all else, the ADAI emphasized the importance to not open the packaging or plant the seeds.
For more information, contact ADAI’s Ag Compliance section at 334-240-7304.