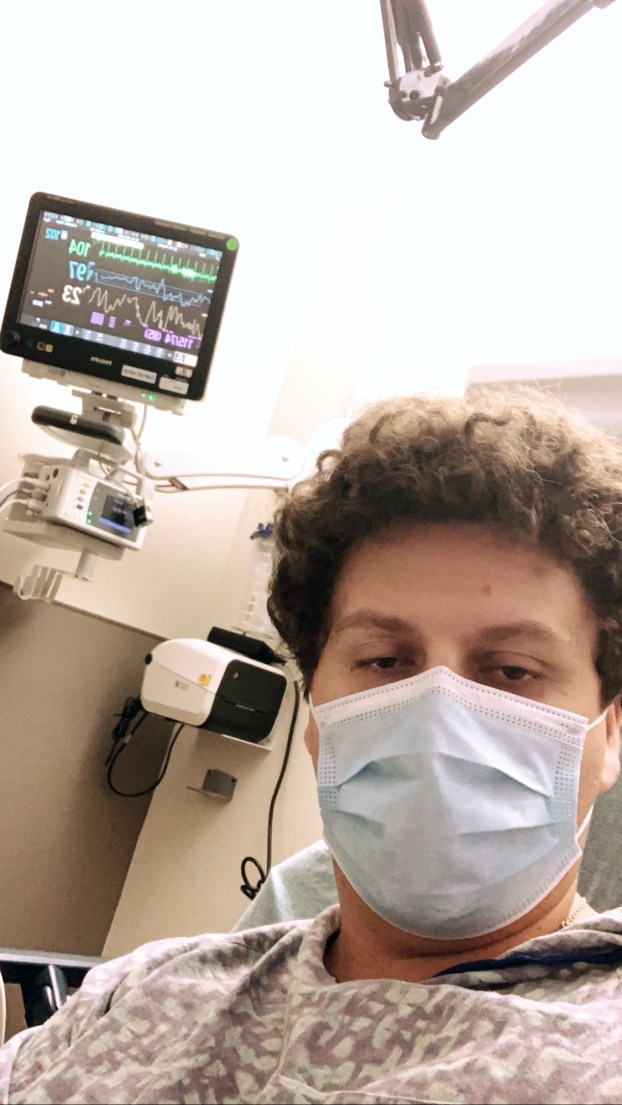 Above, Troy Hart is pictured while battling COVID-19 in the hospital in Pensacola. On the other side of the illness, Hart is encouraging his peers to wear masks and take precautions. Submitted photo

Passing of the gavel

Themed Trails Launched to Highlight Flavors of the Black Belt

Watch out for unsolicited seed packages