Locals use benefits of tax-free weekend

Alabama’s 14th Annual Back-to-School Tax-Free Holiday was in full swing this past weekend, and many locals took advantage of the cheaper prices. However, according to some local retailers, they believed their stores would have seen more business if Escambia County hadn’t still charged a two percent sales tax. The state of Alabama, Brewton and East Brewton didn’t charge sales tax during tax-free holiday weekend. Last year, the county didn’t charge a sales tax.

Despite the lingering two percent tax, Brewton mother of four Ashlie Taylor was shopping at Goody’s on Friday afternoon.

“Tax-free weekend makes it easy and affordable for me to shop for my kids,” Taylor said. “I have three children in school, so this helps take some of the financial pressures off.”

“We charged zero sales tax,” Madden said. “If you bought a shirt for $9.99, $9.99 is what you paid for. I did see other stores like Walmart charge the two percent sales tax though.”

Madden said Factory Connection was busy. The store had an additional sale going on, so she said that helped bring some traffic to the store.

“This year’s tax-free weekend was good,” Brewton’s Cato Store Manager Tabitha Williams said. “But, it wasn’t as good as last year’s. It was probably slower because the production of ‘The Wizard of Oz’ was going on all weekend.”

Locals like Taylor also went to Walmart to get their school supplies. 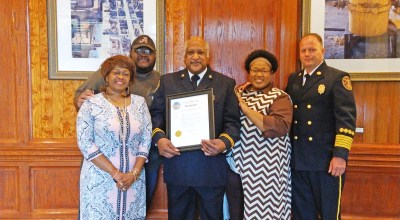