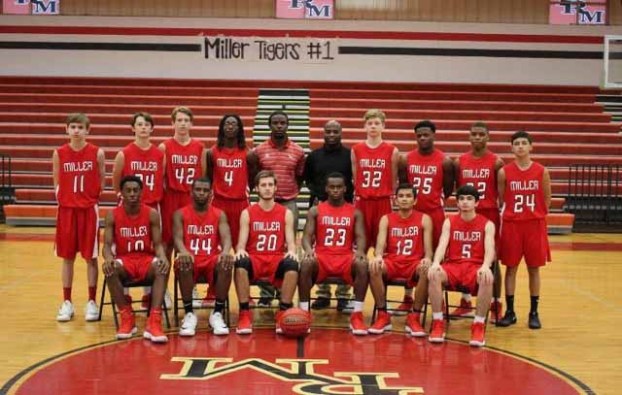 Hillcrest-Evergreen halted TRM varsity boys season in an 87-49 contest in the area tournament.

Coach Terrence Walker and the Tigers had a good run and always competed for every game as they ended the season with a record of 3-21.

Walker said, they had a good half being down 14 in the first half with the score being 38-24.“We came out in the second half looking to come back, but Hillcrest came out with a better game plan,” he said. “We ended the year right to fall to a team who have a chance to win the 3A state championship.”

Leading scorer Josh Jolly led the Tigers with 23 points along with going 6 of 8from the free throw line. Jordan Hails and Shiv Patel combined for 12 points scoring six apiece.

Adam Holmes and Kedarrius Jenkins combined for eight scoring four points apiece. Ryshaun Autrey, Ke’von Samuel, and Cole Jernigan combined for six points. Darius Webb chipped in one point. The Tigers made 12 out of 18 of their free throws.